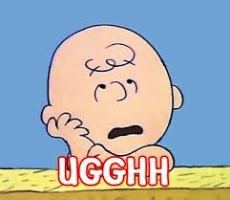 I will never claim to be funnier than any other stand up comedian. I truly believe that comedy is subjective. That is to say that what makes me laugh will not necessarily make you laugh. Having said that, there are some things that make me shudder when I watch relatively new comics take to the stage. I think, for the most part, it is an evolution of sorts. When a comic is starting out, it is very easy to seem less then genuine. Inexperienced comics tend to go for what they assume to be, and easy laugh. Here is a list of the things I see and hear that make me want to look away in disgust.

Alright, I could go on, however, I like keeping things short to keep my readers engaged. If you have anything to add to this list, be my guest! I enjoy reading each and every response.

One thought on “Things That Make You Go, “Ugh!””

This site uses Akismet to reduce spam. Learn how your comment data is processed.